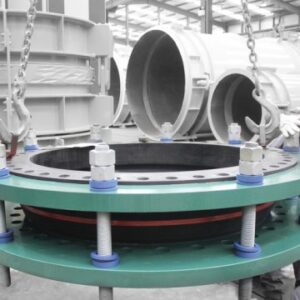 Expansion joints are also known as expansion bellows, flexible joints, pipeline bellows, compensators, piping expansion joints and many more terms. No matter which term is used, the product is the same. But the question perhaps remains “What is an expansion joint?” An expansion joint is a flexible component designed to absorb the dimensional changes of steel pipe systems and ducts. The changes could be heat-induced expansion and contraction, vibrations caused by rotating machinery or pressure deformations and misalignment during installation or building settlements.

Expansion joints are recognized as critical components of a complete pipe system. They are widely used in industries where thermal expansion in pipe systems occurs and in order to prolong the service life of pipe systems and reduce the risk of their downtime for additional maintenance and repair.

Thermal growth, equipment movement, vibration or pressure pulsation may generate movement in a piping system. When this movement is not absorbed by the piping system itself, an expansion joint is the perfect solution.

Expansion joints also offer the advantage of reducing stresses in pipe systems generated by thermal expansion, and reduce pipe loads at connections to sensitive equipment such as pumps and steam turbines.